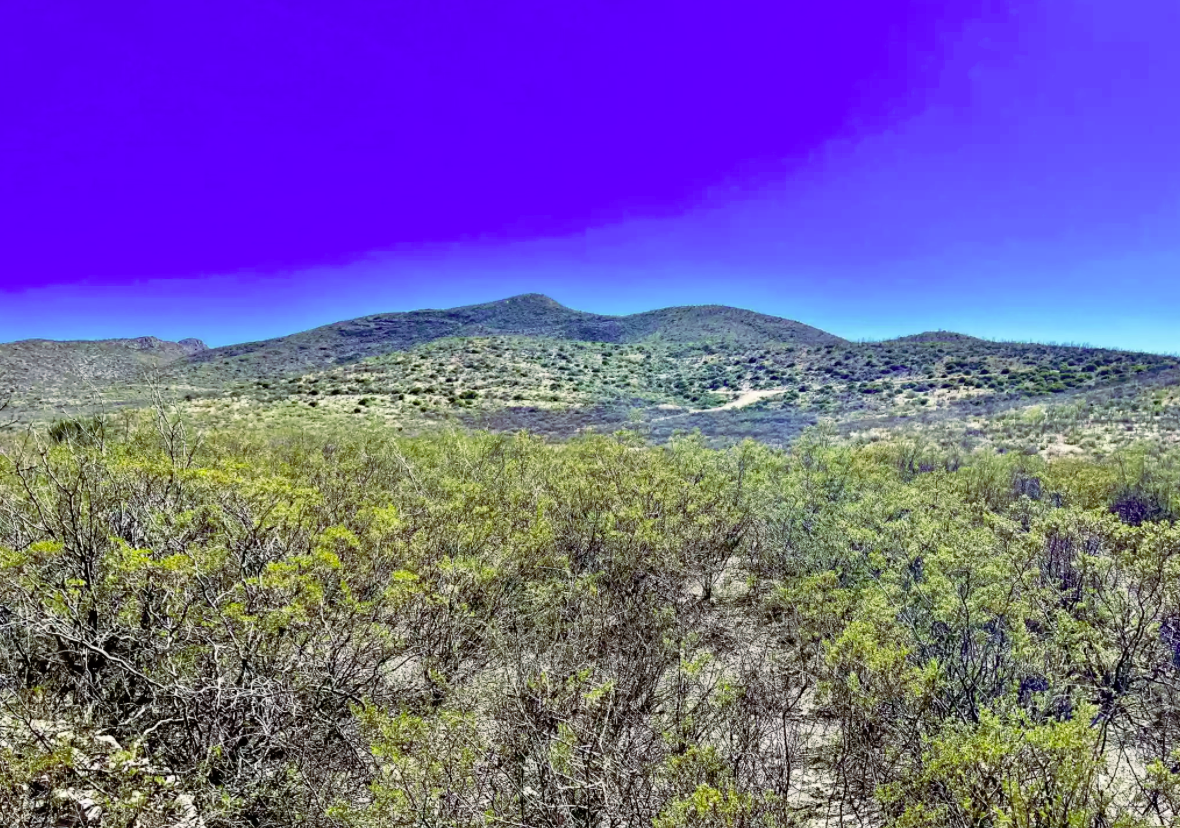 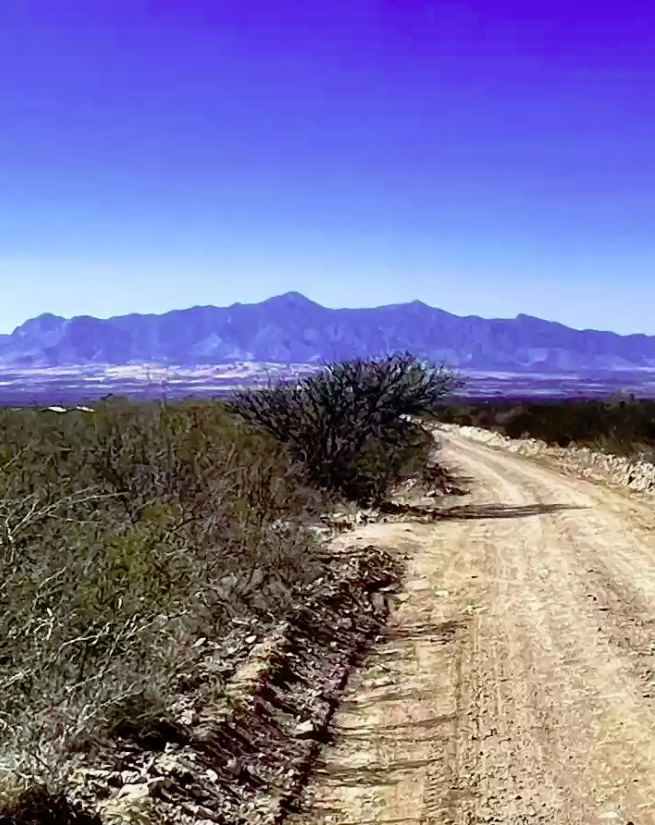 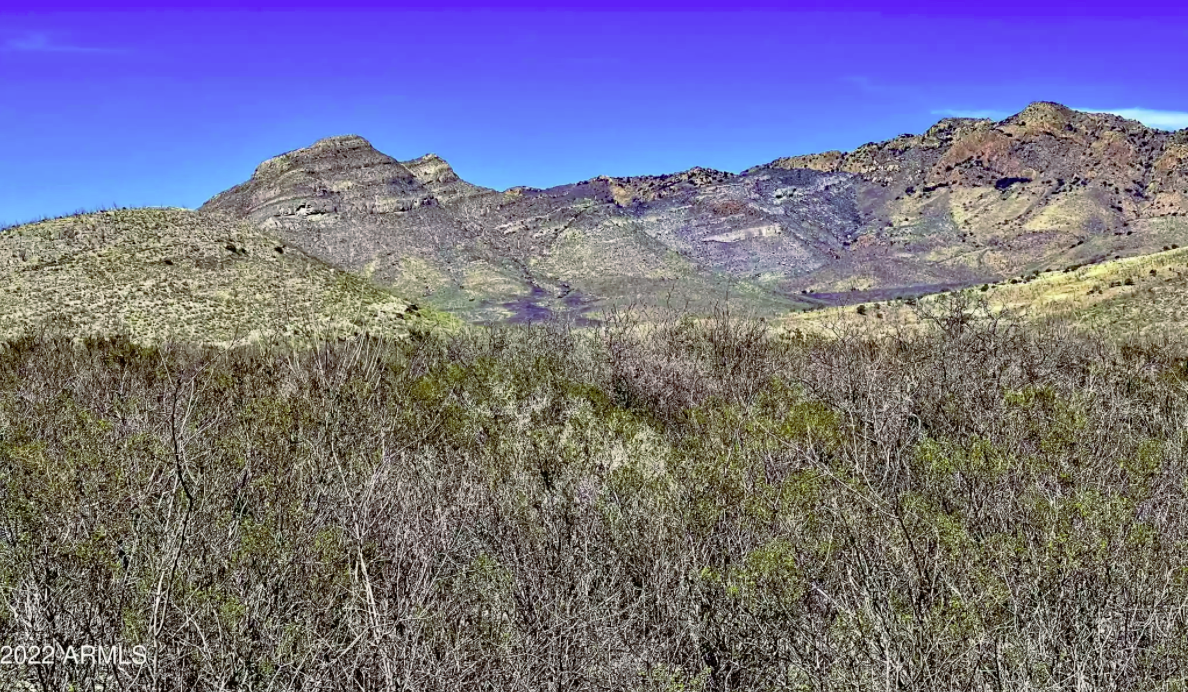 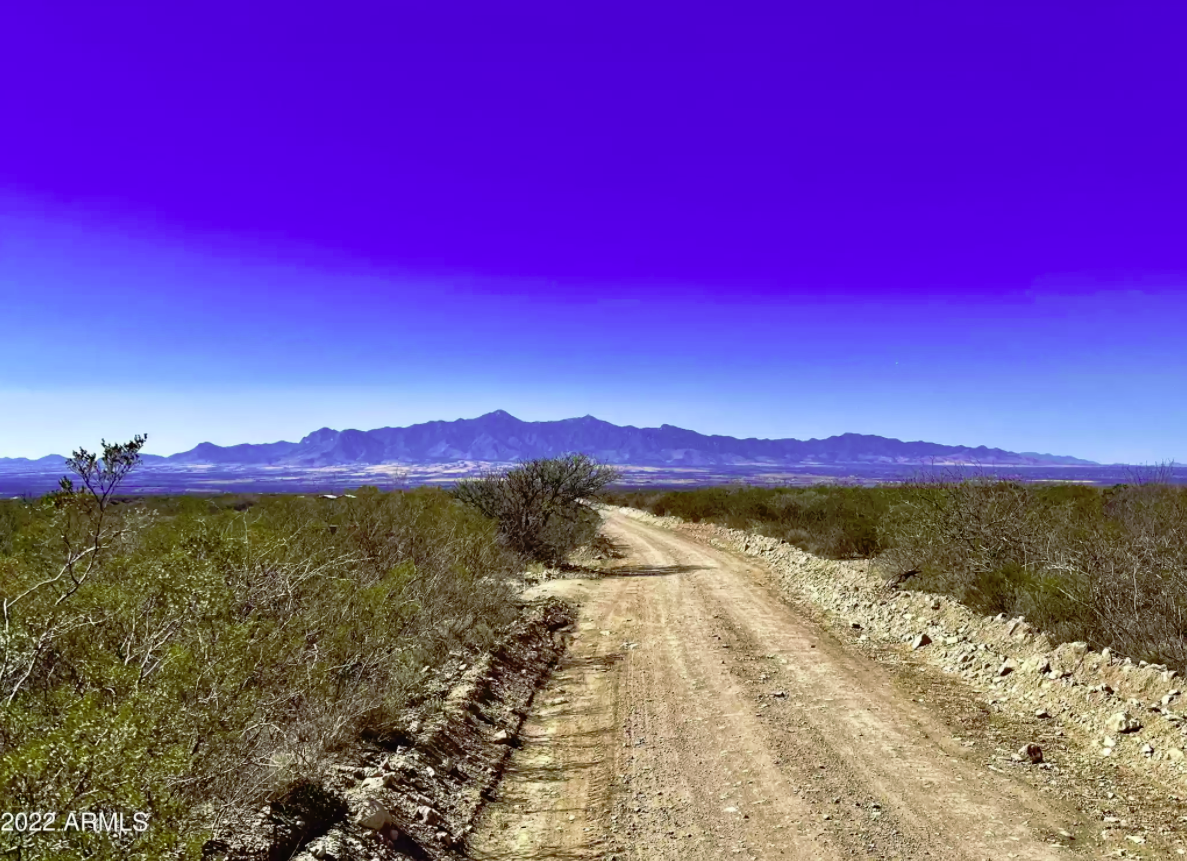 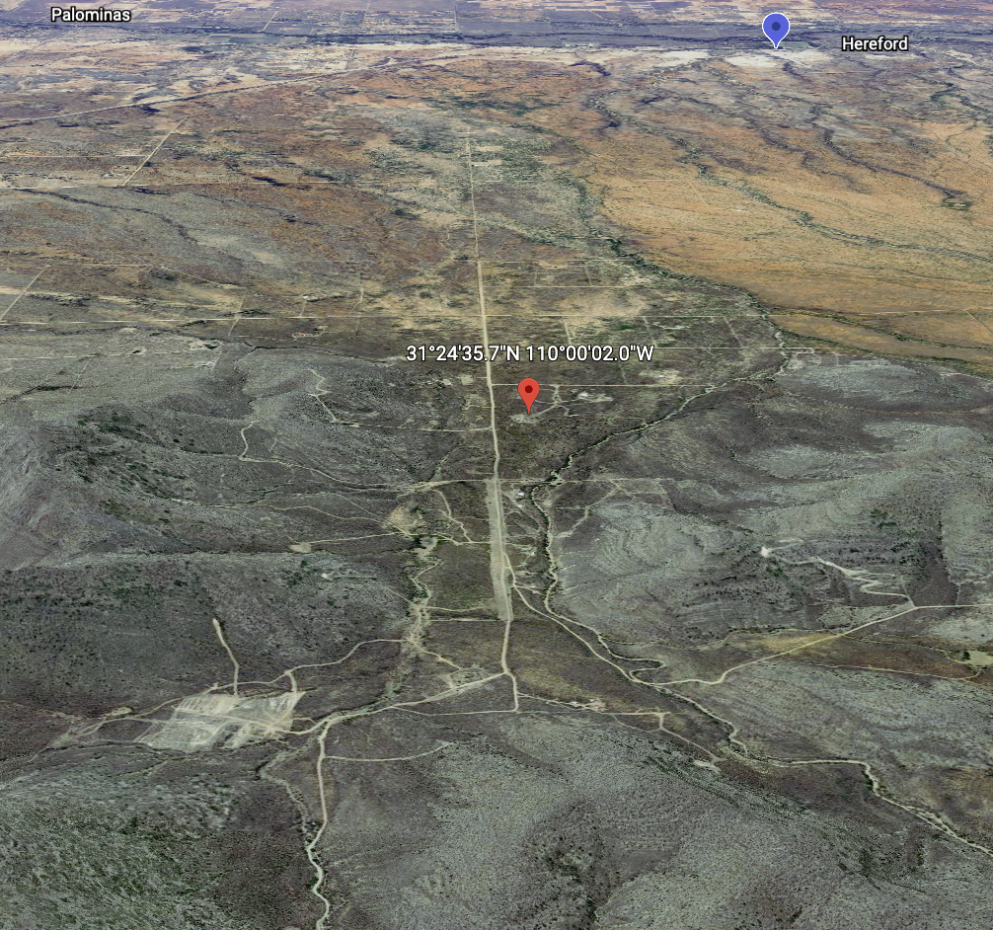 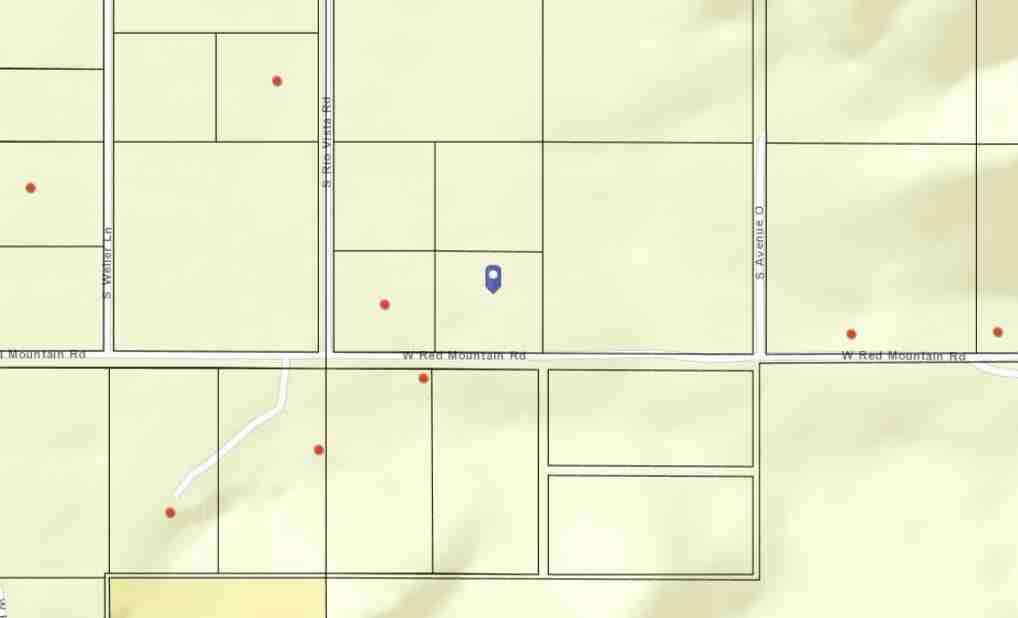 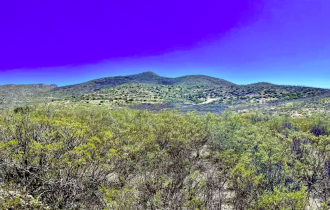 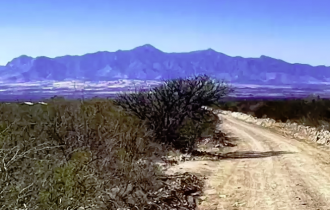 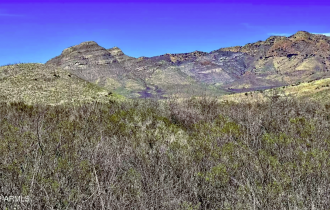 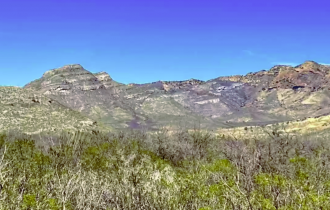 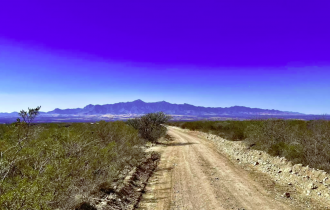 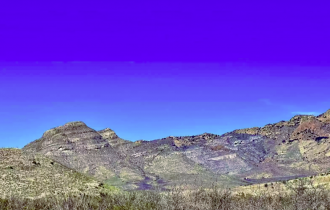 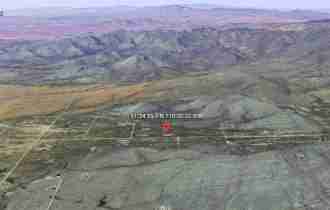 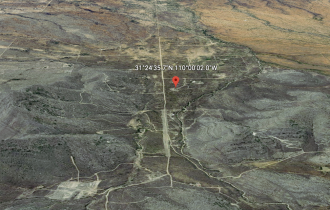 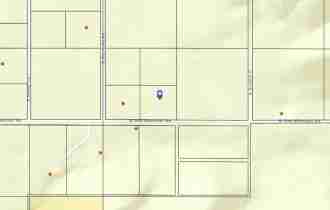 RARE – This are truly special 9.27 acres to live within nature, views and ready to build in Cochise County, AZ

Text or Call Me
Send me an email 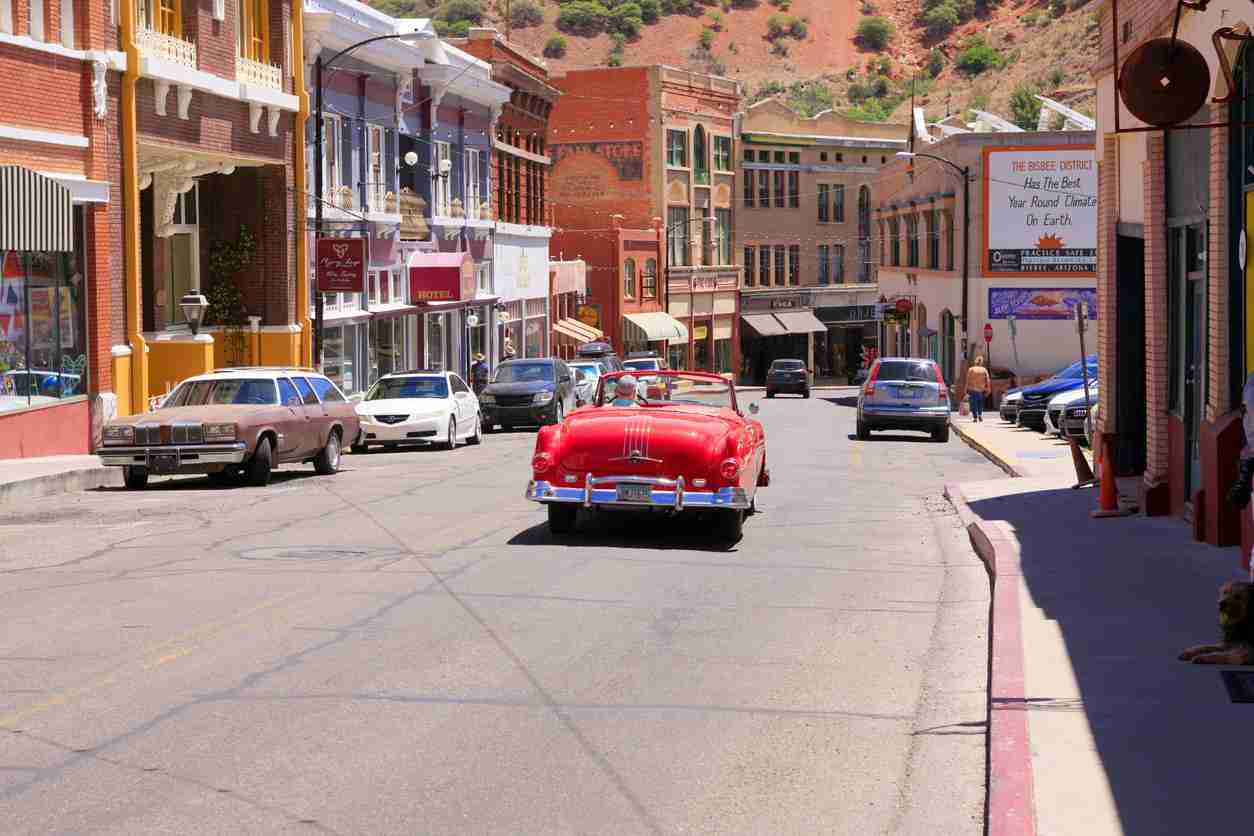 As with all worthwhile treasures, Bisbee is a hidden gem tucked just beyond the point where you think you’ve gone too far as you approach Arizona’s southernmost border. In Bisbee, however, there’s no such thing as going too far; unless of course, you live more than 70 steps up on one of Bisbee’s 350 historic staircases. Recently voted “Best Historic Small Town in America” by USA Today Readers and “Frommer’s Best Places to Go in 2018, Bisbee is a unique place where the past collides with the present in a kaleidoscope of passion, art, color and kindness.

As you stroll through Bisbee’s winding, narrow streets and alleys, the town’s historic role in mining resounds through remarkably preserved architecture, museums and the underground Queen Mine Tour. Beautifully landscaped parks, cultural activities like the Bisbee Farmers Market and Arizona’s oldest baseball park, along with unique events like the Historic Home Tour, the Bisbee Stair Climb, Bisbee Pride, Mariachi Festival, Annual Chocolate Tasting, Altered Book Show, Sidepony Music Festival, and Alice in Bisbeeland embody a community dedicated to acceptance and entertainment for locals and visitors alike.Those interested in the town’s spookier side, an evening walking tour with Old Bisbee Ghost Tour will introduce the town’s dearly departed. Stay at one of Bisbee’s many comfortable hotels or bed and breakfasts, but don’t be alarmed if you find a ghost in your quarters – many of the town’s locales are rumored to be haunted.

Hereford is a populated place in Cochise County along the San Pedro Riparian National Conservation Area in the southern part of the U.S. state of Arizona. It is southeast of Sierra Vista and is a part of the Sierra Vista-Douglas micropolitan area. The elevation is 4,193 feet at the location of the original townsite at the far eastern end of the unincorporated area; the residential area runs for another 8 miles west from this location, blending into the unincorporated area of Nicksville at an elevation of approximately 4800′. Hereford Station Post Office is located at the far western end of Nicksville, at the foot of the Huachuca Mountains.[1] 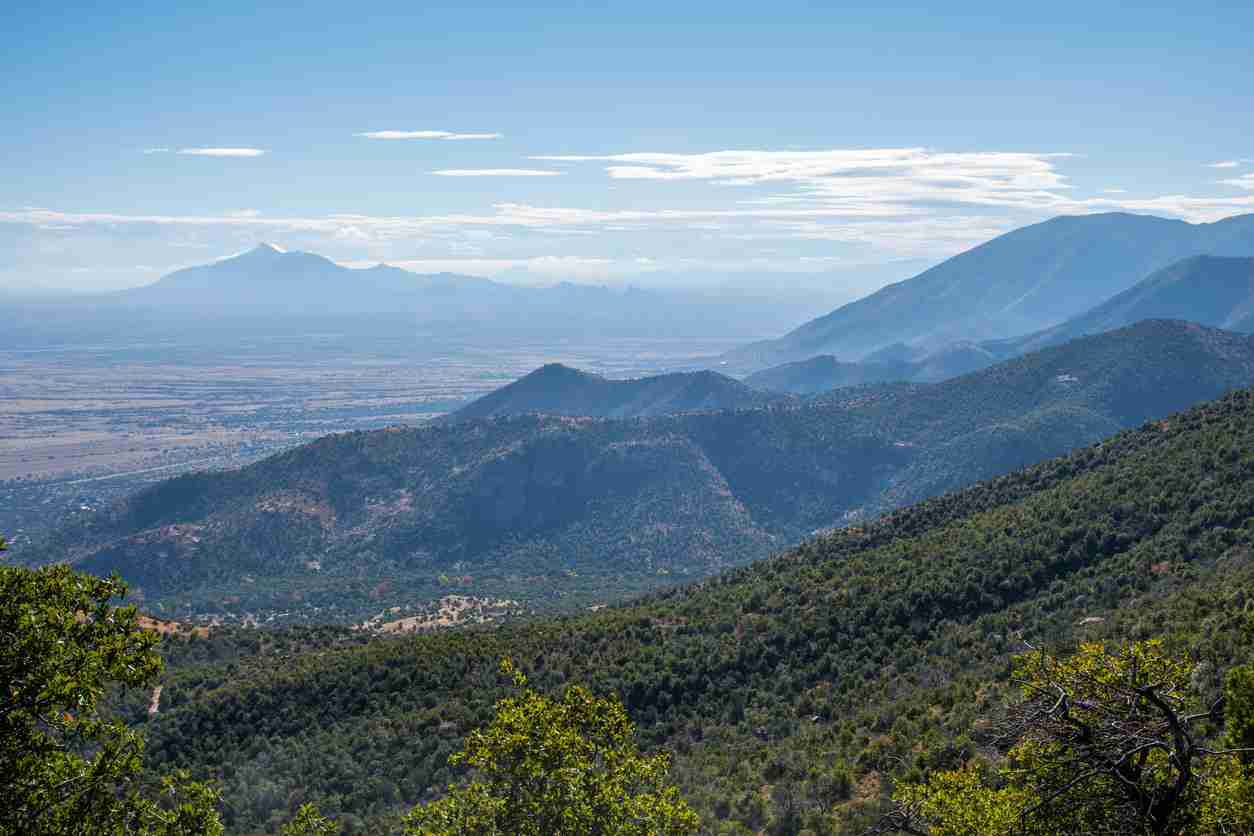 Surrounded by towering 10,000-foot mountains and known as the “Humming Bird Capital of the U.S.,” Sierra Vista is primed for outdoor exploration.

From its early days as a community growing under the protective wing of neighboring Fort Huachuca during the Apache Wars, Sierra Vista has blossomed into the recreational and cultural hub of Cochise County. Thanks to the Fort, Sierra Vista is a melting pot of ethnic cuisine, where independent restaurants serve authentic dishes from around the globe.

Sierra Vista’s climate and southern location make it a major stop for rare birds. Though you can spot resident and migrating birds year-round, the annual Christmas Bird Count regularly records one of the nation’s highest tallies of inland species.

While you’re outside, take in the scenic panoramas, rolling byways, and outdoor trails by bike, boot, or hoof. With a 360-degree mountain view, you’ll see why Sierra Vista (literally “mountain view” in Spanish) is so aptly named.

When the sun sets, a thick blanket of stars blaze across the dark night. These views have paved the way for Sierra Vista as a center for amateur astronomy; the city has more than a dozen amateur observatories as well as the Patterson Observatory at University of Arizona South campus, which offers public viewing. 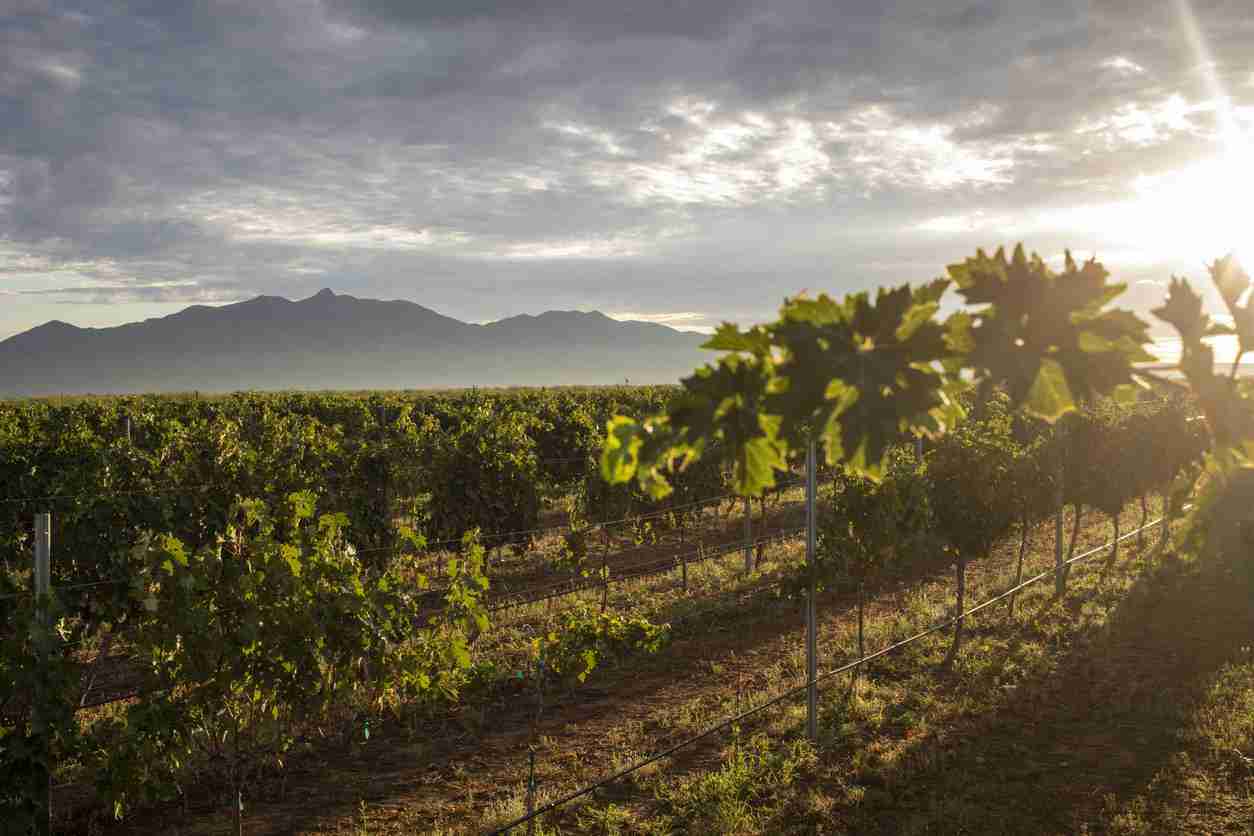 Located just one hour east of Tucson, the Willcox wine region produces 74% of the wine grapes grown in the state of Arizona. Whatever your tastes may be – Serious & Bold Reds, Vibrant & Crisp Whites, Dry, Spicy, Subtle & Food Friendly, Sweet Wines and Dessert Wines – Willcox has something for you! Explore the wines, vineyards, and tasting rooms of Willcox, along with the friendly local restaurants, hotels & RV parks, art galleries, shops, museums, & picturesque natural beauty of the Sulphur Springs Valley. 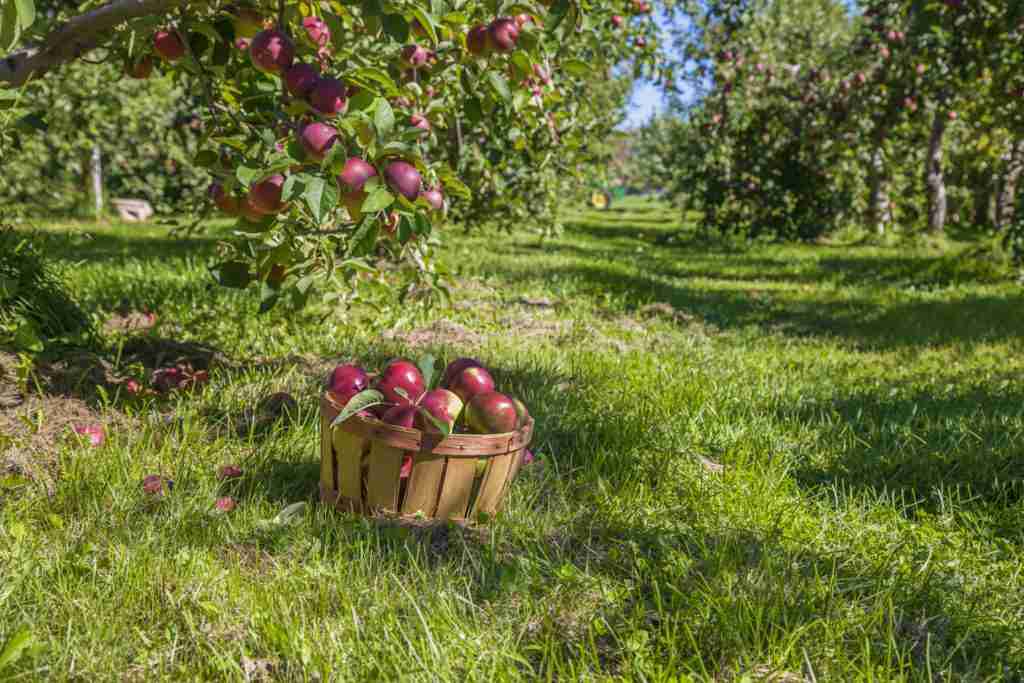 Apple Annie’s is a family farming operation which encompasses Fruit Orchards, Produce & Pumpkin Patch, and Country Store. At 4300’ elevation of the Sulphur Springs Valley provides Apple Annie’s with the warm days and cool nights that make Willcox the premier you-pick fruit and vegetable growing area in Arizona for pumpkins, delicious sweet corn, melons, pumpkins and many other vegetables.

Lee’s Pecan Farm began in 1982 and is a popular and well known Arizona high desert location for excellent flavorful fresh pecans.  With only eight acres to tend, Lee’s Pecans have been able to give our trees the best of care and attention to produce a superior quality pecan. With a mix of 12 varieties, the flavor of these pecans is exceptionally good. 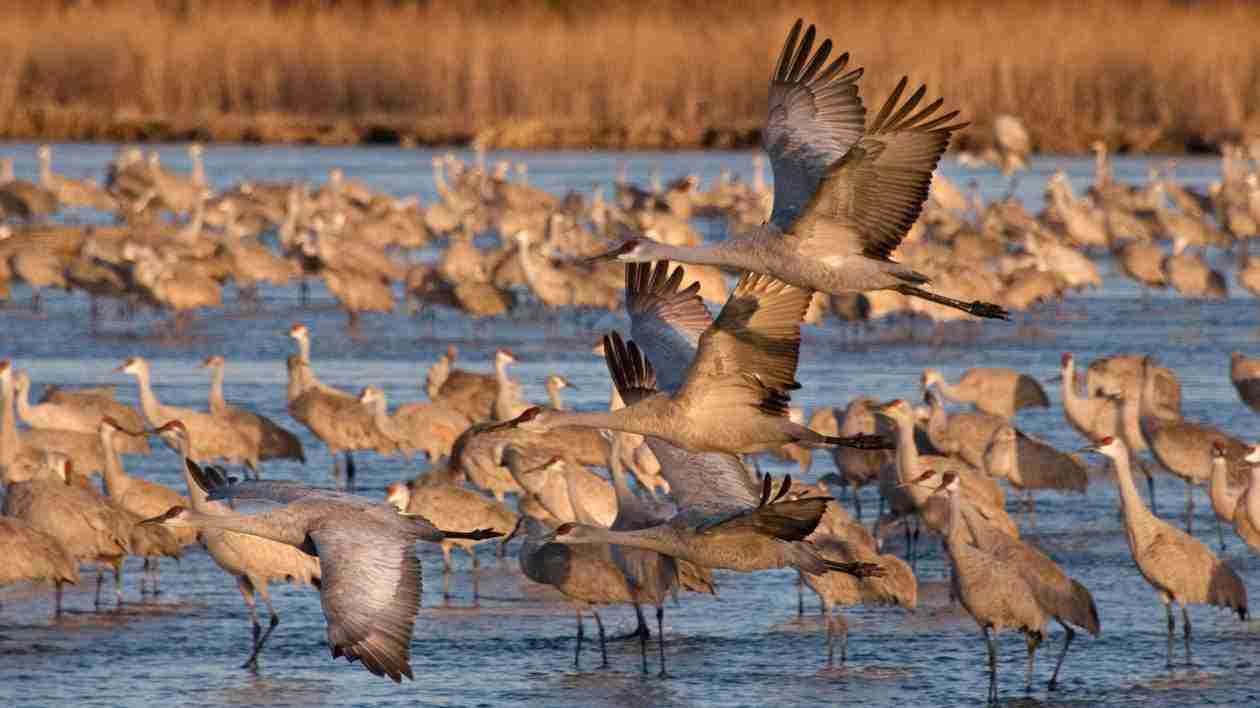 Cochise County is one of the top places in the country to go birding. The sky islands and desert valleys combined with its proximity to the subtropics offers incredible species diversity, in fact this is one of the most diverse areas for all biota for inland habitat. Any time of year is great to visit: Spring and Fall hosts many migrants through the county, summer has breeding species only found here in the U.S., and many species overwinter in the county. 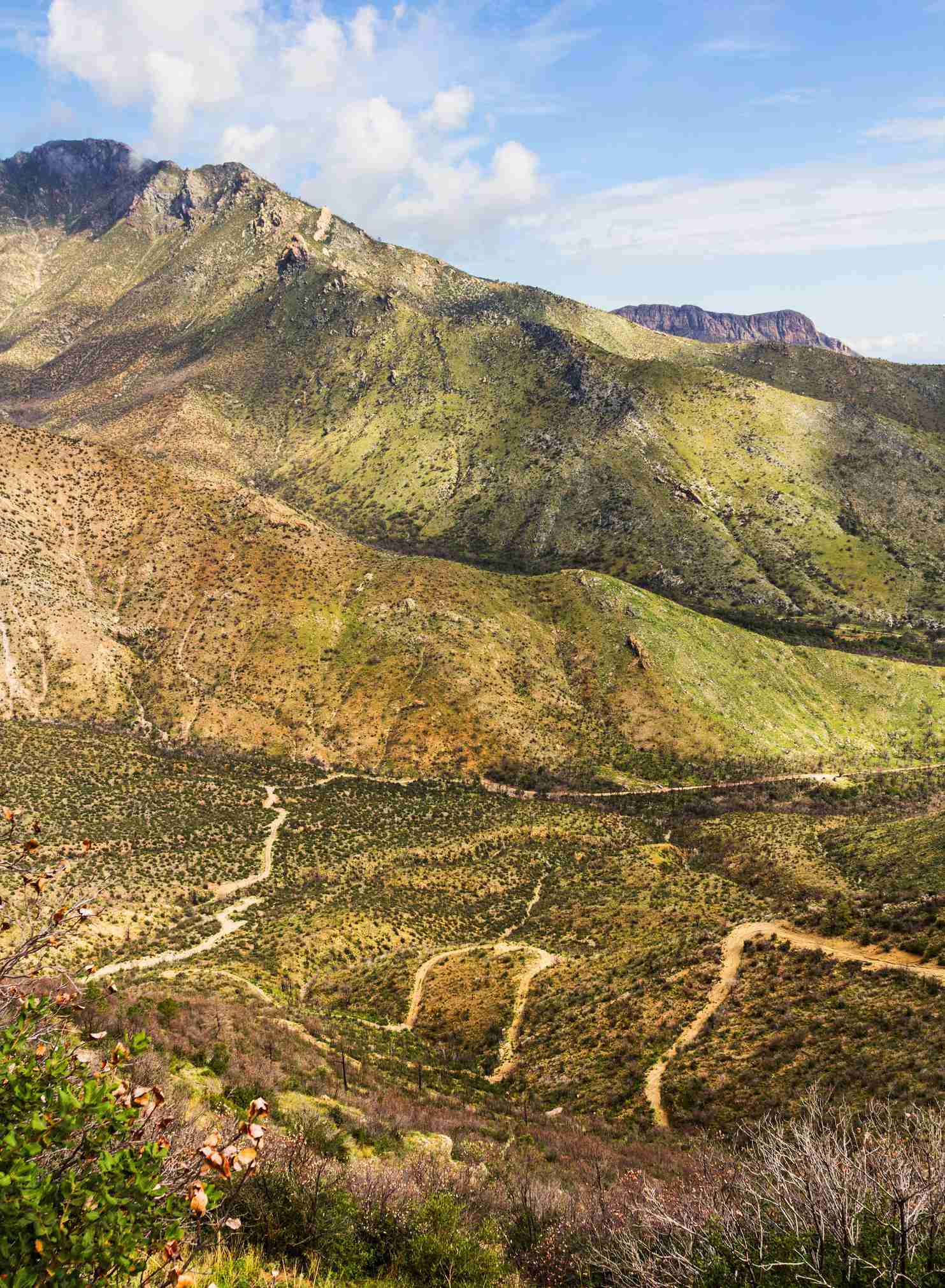 The Huachuca Mountains are part of the Sierra Vista Ranger District of the Coronado National Forest in Cochise County in southeastern Arizona, approximately 70 miles south-southeast of Tucson and southwest of the city of Sierra Vista. Included in this area is the highest peak in the Huachucas, Miller Peak, and the region of the Huachucas known as Canelo Hills in eastern Santa Cruz County. The mountains range in elevation from 3,934 feet at the base to 9,466 feet at the top of Miller Peak. The second highest peak in this range is Carr Peak, elevation 9,200 feet.

The Huachuca Mountain area is managed principally by the United States Forest Service (Coronado National Forest) (41%) and the U.S. Army (Fort Huachuca) (20%), with much of the rest being private land (32%). Sierra Vista is the main population center.The Huachuca Mountains were named by the Spanish for a Pima village that once existed to the north of the range near the present location of Elgin, Arizona. The Coronado National Memorial is in the southeastern margin of the range near the Mexico–United States border and includes Montezuma Pass, where Francisco Vázquez de Coronado entered what is now Arizona in 1540. The range extends a short distance south of the border in Sonora, Mexico.